I’ve been a big fan of West Fork Whiskey for awhile now, so I was really excited to see that they were adding some fall-themed cocktails to their menu.

They make a variety of whiskey including “2 Hr-Delay” – an un-aged whiskey made of 100% Indiana corn, “The Colonel” – their first bourbon, “B-Street Blues” – another bourbon, “All or Nothing” – a corn whiskey, and “3rd Degree” – a cinnamon infused whiskey. The B-Street Blues is one of my favorites to keep a bottle of around for making mules at home.

West Fork has been making whiskey for a few years now, but they just opened their tasting room at 1660 Bellefontaine St. last fall. We stopped by their fall menu release party to check out the new drinks. They added four new ones to the list, so naturally I had to try them all.

In honor of fall there is a pumpkin spice cocktail. You read that right. Pictured above is the Peter Peter Pumpkin Eater. It’s made up of their 3rd Degree Cinnamon whiskey, pumpkin and honey. I was pleasantly surprised with how delicious this was, as I’ve never tried a pumpkin cocktail before. It’s got just the right amount of pumpkin and it’s the perfect fall drink!

The next new cocktail on the list is the Silent D. It’s made up of their Colonel Bourbon, apple cider, maple, lemon and bitters. I’m always a big fan of apple cider during the fall, so if you are too then this is the drink for you.

The next new drink on the menu also uses their 3rd Degree cinnamon infused whiskey. Ryan’s Rosy Cheeks is made with lemon, maple, and house bitter liquer. 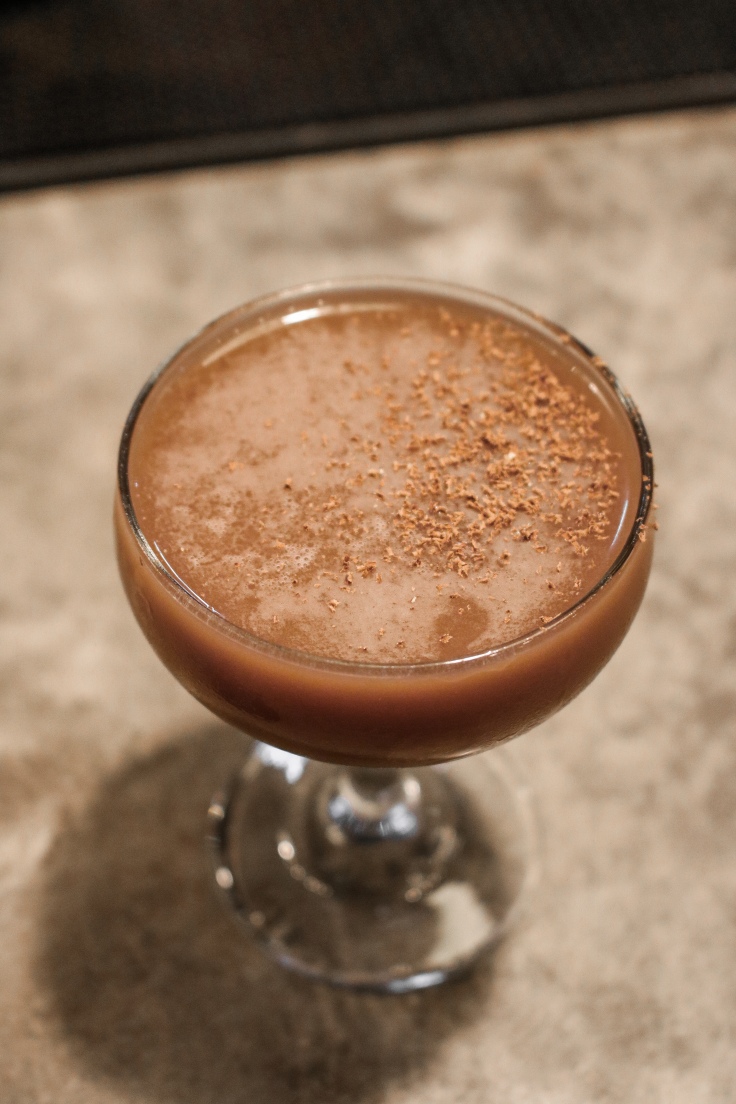 The last new drink on the menu is one that I could enjoy every day if I could. The Augustus Gloop is made up of 3rd Degree cinnamon infused whiskey, cashew milk, cherry and dark chocolate. It tasted like dark chocolate milk, but also wasn’t too over the top rich. I would enjoy this one through the holidays as well. Highly recommend for anyone who prefers a sweeter cocktail.

So many delicious drinks were added to West Fork’s already fantastic cocktail menu. If you haven’t been in yet, stop by and check them out. If you have, definitely go try out some of the new fall drinks. Can’t what to see what they come up with next!

West Fork Whiskey’s tasting room hours can be found here, and you can check out their Facebook page for a list of upcoming events.

To learn more about they got started, check out DRNK CLTR’s podcast with the founders here.