If you live anywhere around the Indianapolis area, you probably know Sun King Brewery as a major player in the Indiana craft beer craze. On July 2 their new tap room, Sun King Spirits, had their grand opening, so naturally I rushed right over to check it out.

The new location is right off the Monon Trail, and it’s EXACTLY what Carmel needed. It’s within walking distance to both Carmel City Center and Main Street. Don’t let all of the construction around the new building drive you away, they’re doing a lot of great things right now to the entire area. The tap room is two stories with bars on both floors, as well as an outdoor rooftop patio (Indy needs more of these!) and rooms for private events. 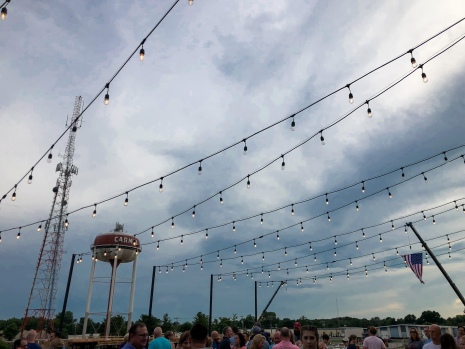 They’ll soon be producing their own handcrafted, small-batch spirits, but for the grand opening they collaborated with a variety of local distilleries to produce limited edition spirits including Hotel Tango gin, Bloomington’s Cardinal Spirits, 8th Day Distillery rum, and Copper & Kings Brandy.  They also have over 30 different Sun King beers on tap, which is perfect for longtime Sun King fans! 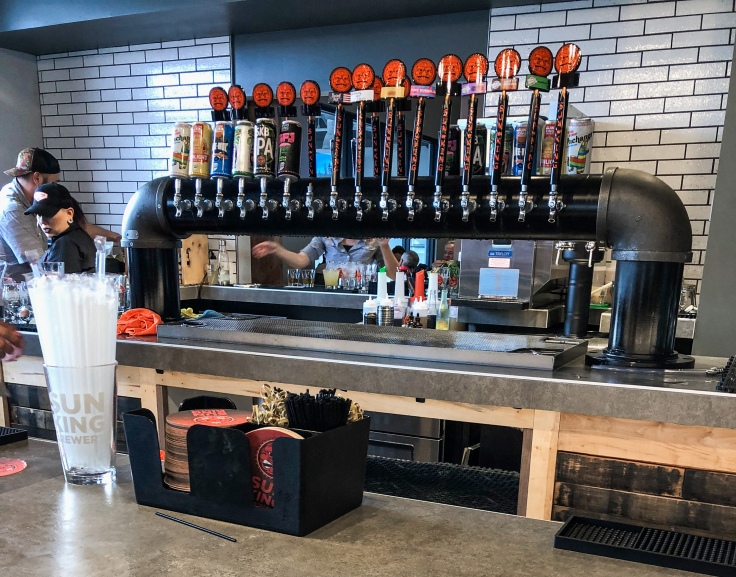 On to the food, because yes, there is food! My first impression would be to call it seat-yourself-cafeteria-style dining. Sun King partnered with three different vendors to offer Mexican from La Margarita, brick oven pizzas from Pi and charcuterie options from Oca. I love the casual feel of this as some people in your group may be hungry and some may just want to order a drink. There’s not the pressure of a formal dinner service. 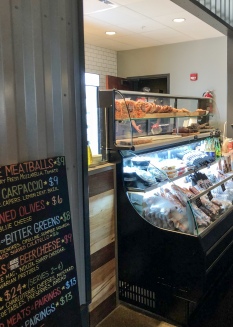 Now, on to the cocktails! In my opinion, the current libations menu is to DIE FOR. I made sure to taste at least 4 of their current drinks (I promise they weren’t all mine, or maybe they were…)

The ‘Dark N’ Stormy’ has been a go-to for me before, and it was no different here. It’s a mix of rum, ginger beer, bitters and lime. You could probably mix just about anything with ginger beer and I’m bound to gulp it down.

My absolute favorite one I tried was the ‘Matcha Bird’ which includes Cardinal/Sun King’s Royale Spirit, matcha honey, passionfruit and sugar. If that’s not enough, there was SUGAR on the rim. Game over.

The ‘Copper King’ was probably my least favorite of the four, but that’s only because I’m not big on orange juice (meaning I also prefer my mimosas to be 90% champagne). It’s a mix of brandy, triple sec, orange and lemon. I do love how it’s served with a bourbon ball ice cube, it’s a nice touch. 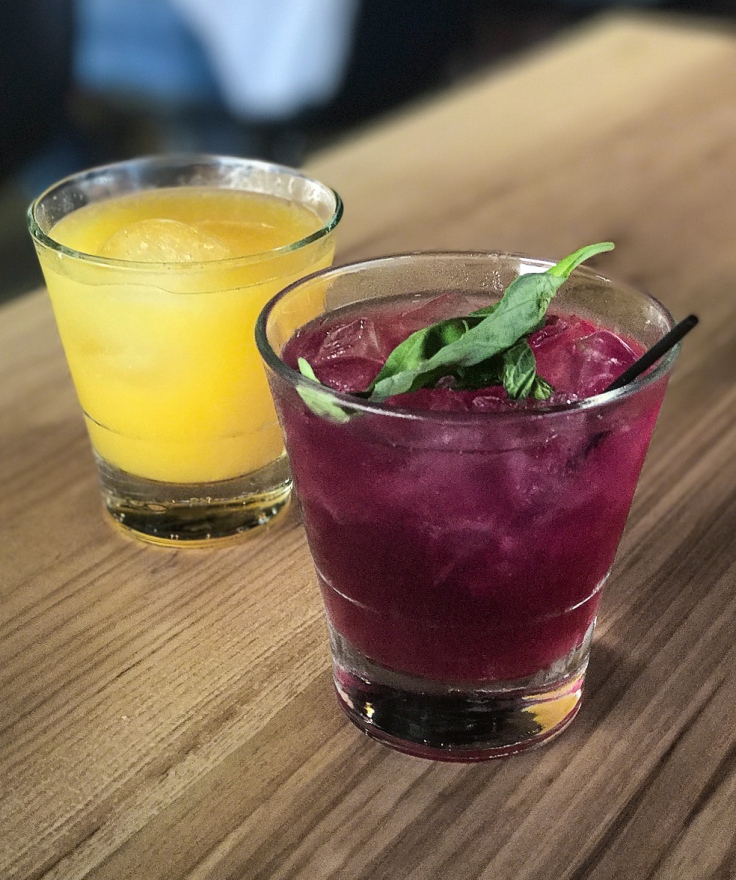 The purple beauty you see above is the ‘I’m Your Huckleberry’ cocktail, and let me tell you it is DELICIOUS. If you aren’t all aboard the current kombucha train then it may not be the drink for you, but I am absolutely a fan. It’s a mix of Hotel Tango gin, kombucha, huckleberry, ginger and fresh basil.

Overall, I am ecstatic about the Sun King Spirits grand opening, and I’ll definitely be back soon!